한국어 is the name of the Korean language.
한국어 is also called 한국말[한궁말/han-gung-mal].

The number of Korean speakers

1. Word Order of the Korean Language

Consonants and vowels of Hangeul

※ There are 24 basic characters for Korean vowels and consonants in 한글/Hangeul.

How to write Korean characters 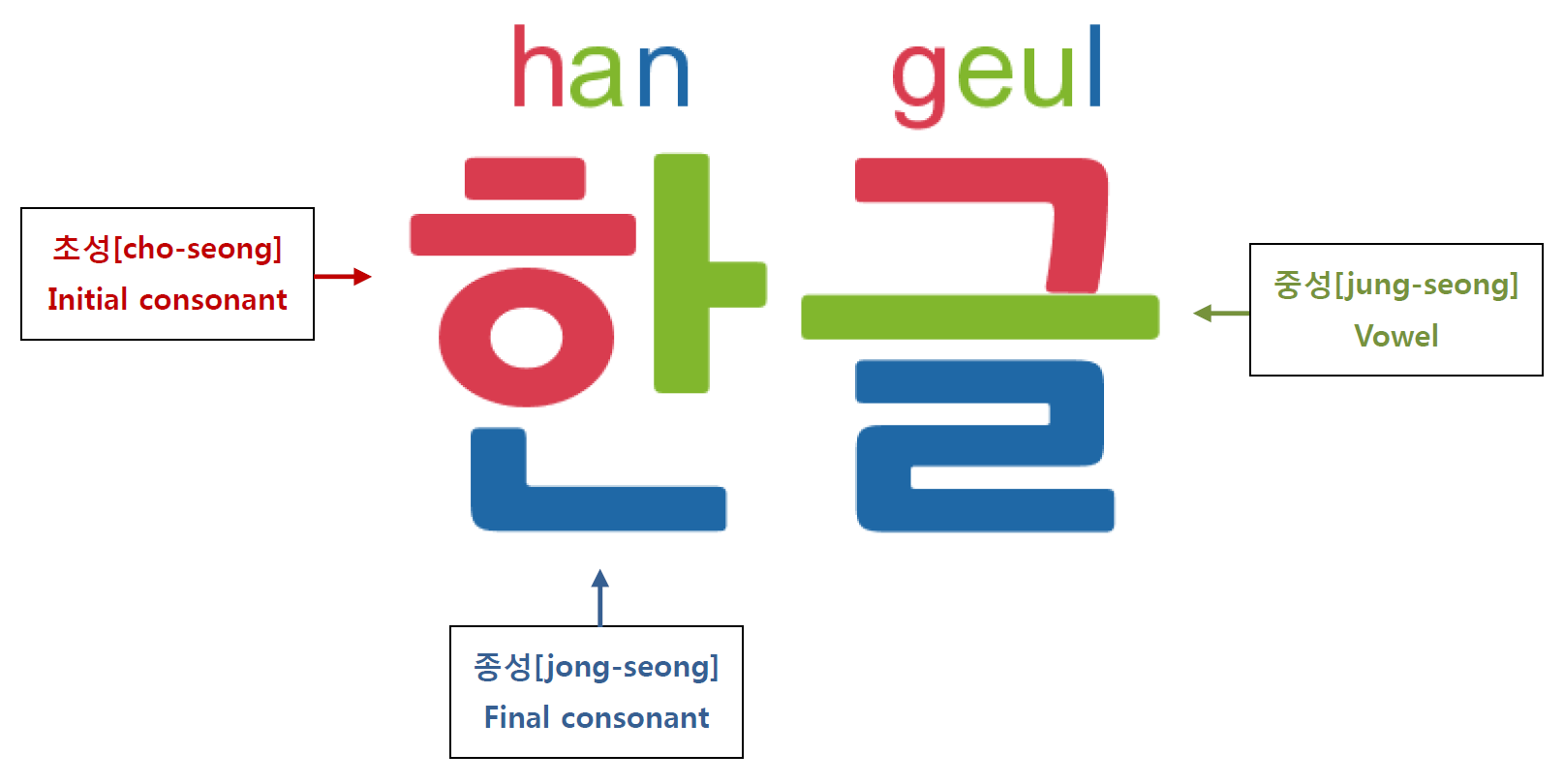 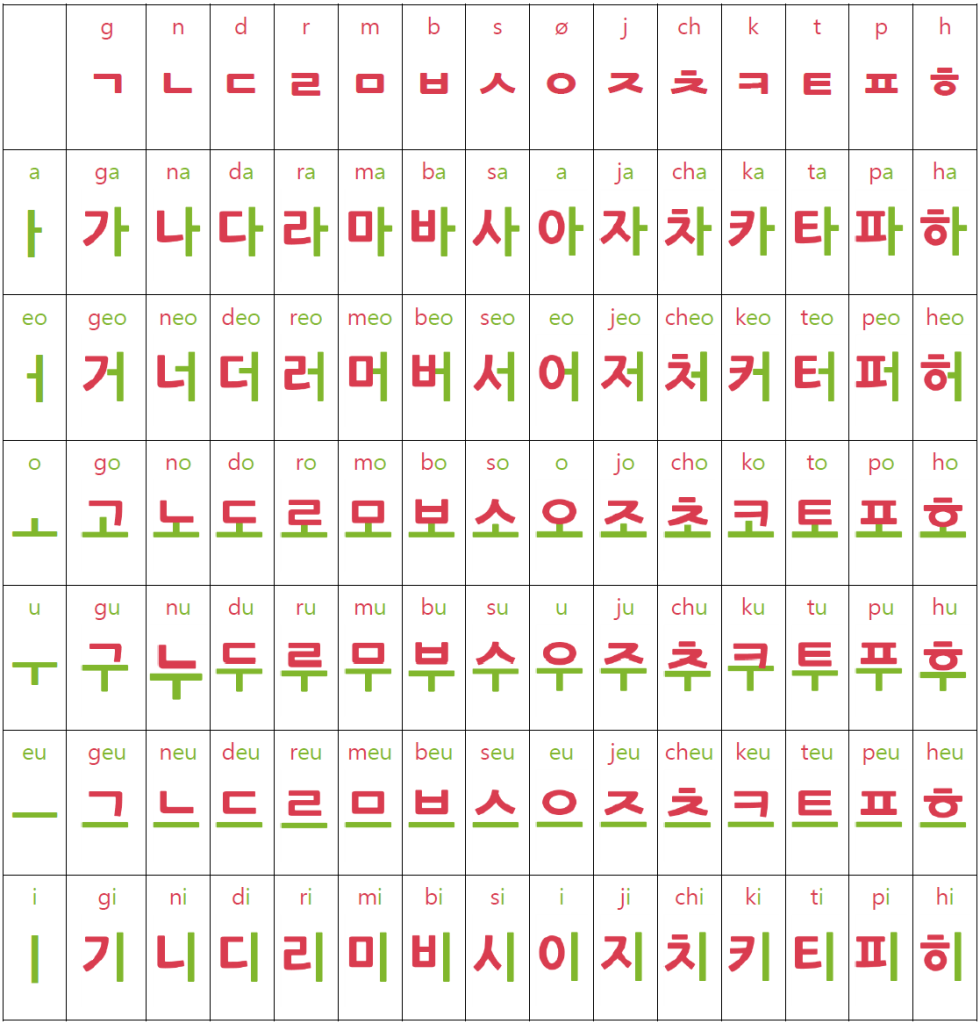